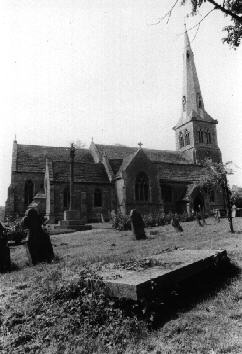 - The Church at Benefield, with the family grave in the foreground

My interest in family history began as a child. There is a family bible with the birth dates of several of my ancestors' names in, dating from the middle of the last century. The book itself was printed in 1714, so its own history covers a much longer period than the names within it. The names included my great-grandfather, Alfred, the youngest of seven children. who wrote some notes included in the book. There are a number of inaccuracies in the text, which later caused me to doubt much of the story.

When I was about ten, my parents took us to the village of Benefield, where Alfred's father Rowland was born, so I had vague memories of visiting a church in a Northamptonshire village. There is a grave in the churchyard where several generations of my family are buried.

Some years ago I stayed with a friend in Northamptonshire, in a village very near where I knew my ancestors lived in the last century, and we went to take a look. I had the pleasant surprise of finding the church and grave, and a plaque inside the church which gave details of several generations of the family who had lived in the village.

We spent some time in the local Public Records Office, then in Delapre Abbey, looking back through the parish register, but could find nothing earlier than about the mid 1700s. The dates we did find all matched those on the plaque in the church, lending credence to the information contained on it, and allowed us to fill in some more details of the various generations who lived at Benefield. I was able to show that the last named Rowland (-1813) was the father of the Rowland whose children were recorded in the family bible.

Having only a few minutes left before the PRO closed, and not knowing when I would next get the chance to go there again, I looked at another nearby Parish which was mentioned in passing in the Benefield records; Apethorpe. On opening the book I quickly found several generations of the family, all with the same characteristic Christian names used by my family, and I felt that I had surely found earlier generations of the same family.

It was some years before I again had the chance to visit the area, and having found a reference to a monument in the church at Apethorpe, I knew that it was worth a visit. I was lucky enough to discover a fine white marble slab, with pitch filled letters, in excellent condition, still within the nave of the church. It was the grave of one Maurice Berkeley, and his wife Susannah, who I knew from the parish records to be my earliest traceable ancestors so far. The inscription is as follows: 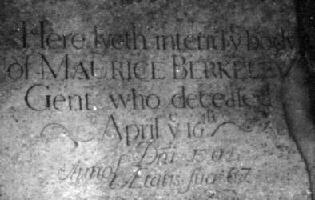 - Maurice and Susanna's grave in Apethorpe

Since then I have managed to piece together something about the history of this family. Maurice (-1704) first appears in the Apethorpe records in the 1660s. He was the Bailiff to the Earl of Westmorland at Apethorpe Hall. His eldest son, also called Maurice, continued in the role of Bailiff, after his father.

- Apethorpe Hall, Northamptonshire; home of the Earls of Westmorland

In the 1730s Maurice rented nearby Biggin Hall, (see RCHM "County Houses of Northamptonshire") next to the village of Benefield, so the move from Apethorpe to Benefield dates from this time, which accounts for the lack of references in the Benefield parish records before this date. Susanna's will confirms that this Maurice (of Biggin) was indeed the son of Maurice (-1704) of Apethorpe. Biggin hall was at the time a newly built brick manor house some 5 bays wide. It and the estate belonged to the Joye family. My ancestors seemed to have acted as both executors and agents of the estate, tenants of parts of it, and to have lived in the house. This odd relationship continued until the 1820s when the house was sold to the Watts-Russell.

One great mystery that I have still to uncover relates to the hall. Somewhere around the middle of the 18th century the house was extended from its original brick built core, by the addition of a large stone portico, and two Palladian wings, significantly increasing the size of the house. This seems strange as the house was being rented at the time. It would be odd for a tenant to spend such large amounts on improving a house. Perhaps the owners, the Joys, intended to move back. I don't know, but I must look into this one day. The house now is much larger than the house that Maurice first rented in 1733. You can still see the original brick building within the newer stone extensions.

One of the stories that I was told relating to my ancestors was that the Rev. Miles Joseph Berkeley, was a distant Uncle. He was a pioneer in the field of Mycology. He appears as a godfather in the family bible, but I soon discovered that he was not the "Uncle Miles" who lived in Benefield. It took me a while to track down how I was actually related to him. His obituary stated that he was descended from the Berkeleys of Spetchley in Worcestershire. I took this with a pinch of salt at first, but have since uncovered information that supports this theory. The date of his ancestor Maurice moving to Apethorpe fits in with the evidence so far, and was clearly the Maurice buried in Apethorpe. 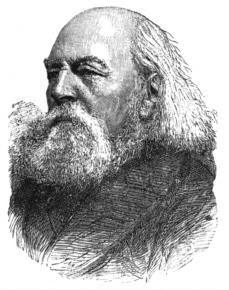 Miles Joseph's elder brother, Charles Paul Berkeley, crops up in many documents in the PRO. A document written by him clearly places his links to my family, and sheds further light on the occupations of his ancestors, and their links with the Joy estate. Other documents by Charles include text relating to a claim to the Joy estate -1-, a pedigree detailing his parent's marriage details, including the artists James Munn and Paul Sandby Munn as witnesses. -2-

At this point in my search I was unable to visit the PRO for a while, and had to content myself with visiting libraries. I started compiling a database of all the Berkeleys I could find in history. I managed to build up an extensive family tree of the main line of the Berkeley family, starting with Robert FitzHarding in the 12th century, and including all the wealthy branches of the family; including the Berkeleys of Berkeley, Bruton, the Stratton branch, Stoke Gifford, and especially the Spetchley line. All these branches were landed Gentry or titled, so it was relatively easy to track down the family lines. I was searching for a possible to link to my own ancestors.

It began to look as if the Spetchley link was correct, and eventually I uncovered the will of one Thomas Berkeley, who died in 1661, whose youngest son, Maurice was left with the choice of either sharing a farm in Herefordshire with his brother, or the sum of £300. I firmly believe that this Maurice was my ancestor buried in Apethorpe, and that in 1661, or soon after, he moved from Herefordshire to Northamptonshire and took up employment with the Earl of Westmorland. I have yet to conclusively prove this. Other documents, the parish records for Spetchley and the IGI for Cradley track the movement of Thomas, his two marriages and his several children. They also show that the birth date of the two Maurices was the same, indicating that they were indeed the same person.

Thomas was the youngest son of Rowland Berkeley -1611 and his wife Catherine of Spetchley in Worcestershire. They were a wealthy land owning family, whose descendants still own and live at Spetchley, some 380 years after the family first moved there. They are buried at Spetchley in the fine church there.

- Rowland and Catherine are buried at Spetchley; this is their remarkable monument

Rowland was a wealthy merchant of Worcester. He owned a town house in Worcester, now known as King Charles' House, which was the house that the future King Charles II escaped from after the Battle of Worcester in 1651, the eve of his famous night spent hiding in the branches of an oak tree. Cromwell used the house at Spetchley as his headquarters before the battle, and the house was burned to the ground by a retreating band of Scots. The present building at Spetchley dates from the 18th century. The grounds are open to the public. 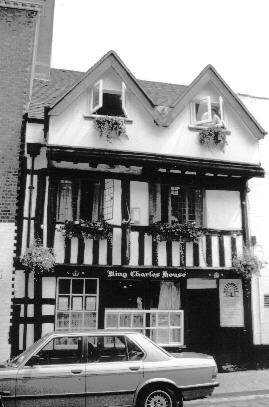 Rowland and Catherine's eldest daughter, Dorothy, married into the Wylde family, who lived at the Commandery in the City of Worcester. This building was used as the royalist headquarters prior to the 1651 battle, and is now a civil war museum. Worcester is known as the Loyal City, because of its strong support for the Royalist Party, and the Berkeley family were among its strongest supporters. The Town Hall in Worcester has statues of King Charles the I and II on either side of the main doorway, and over the door is the stone head of Oliver Cromwell, nailed to the wall by his ears. There is an excellent account of the seige of Worcester in the Civil War in "The Diary of Henry Townshend of Emley Lovett 1640-1663" pub. 1920.

Rowland and Catherine's eldest son, William of Cotheridge, was a wealthy landowner who lived at Cotheridge Court -1-

near Worcester. Their second son, Sir Robert, was a justice of the King's Bench. He was the judge who sentenced John Hampden MP in the Ship Money trials, and is covered elsewhere on this site.

Rowland (-1611) of Spetchley was the great grandson of Thomas of Dursley, youngest son of James Lord Berkeley of Berkeley, and his wife Isabel Mowbray. Through them the Spetchley line are linked to the main line of the Berkeley family, and through which claim the current owners of Spetchley inherited the Castle and estate of Berkeley in Gloucestershire in the 20th century. The castle still stands, and is a magnificent example of a medieval Baronial home. It has now been in the same family's ownership for about 840 years. 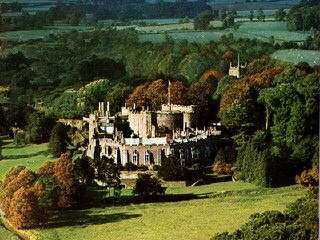